A downloadable game for Windows, macOS, and Linux

Elevator with the main character falls into the basement, but the one who lives there clearly does not like it.

Can you get out of this terrible place?

Gamepad can be used.

Most scared I've been in a while! Great job with this! The atmosphere was thick enough to cut!

Nah fam, this has to be the BEST indie horror I've ever played before. In all honesty, you did an amazing job, I played this game 2 times and still was horrified! 10/10 keep doing what you're doing! My video is linked down below, watch it if you want to get scared with me!

YOOO THIS GAME IS MADD SCARRYY! This is the first game on my channel to make me wanna stop recording because of how scared I was GREAT WORK!

Please add an option for the game to not pick up your controller. I use my controller for audio and when you have both inputs being picked up it creates an enormous amount of swaying, very annoying

I don't even understand what the controller is, and how to do it, I think this happens by default in the unity

It had some really good jump scares!

Great game! I liked it!

Wrong Floor is an almost perfect example of short, compact 10-15 minute experiences, heavy on atmosphere and light on lore. While the game itself wasn’t scary, the one jumpscare that did get me wasn’t a stupidly loud sound effect but rather an unexpected reappearance of the main antagonist. I don’t want to spoil all the twists and turns, but essentially efficient use of ambient sound effects to imitate the feeling of being stuck in an almost maze-like basement with a huge lumbering man chasing after you.

The only downsides to the game, which are closer to nitpicks, is how the primary camera angle of the game and flashlight work; it all feels very disorienting, with an almost fisheye filter, making everything in the game look slightly off; this could really be a design choice by the developer so it’s up to them as to whether or not they fix it.

Since I enjoyed your game, you can partake in my pleasant surprise down below in the murder basement.

One of the best horror games I ever played on here! Great scares. Spooky sounds. Interesting ghoul (?) design. More thoughts in here.

Damn that was terrifying!

I never expected Wrong Floor to be as scary as it is. It gets so much right; there’s just enough light to make your way around a small, cramped area. The audio here makes sense; instead of cheap jump scares, Wrong Floor earns its scares through a slow build of suspense and clever timing. Visual cues let’s you know you’re not alone, but rarely pinpoints exactly where the danger is. Play this: You won’t regret it.

A really good horror game is like chemestry. And this dev has produced a formula that is "perfectly splendid"(10 points if you get the reference). The atmosphere and creature brought nothing but dread to the whole experience. I HIGHLY recommend you play this game.

Reply
CjuGames1 day ago(+1)
Really quite exceptional overall. Unnerving, tense throughout and with a great atmosphere. Definitely worth a play.
Reply
Madpai1 day ago

If CJU recommends, then its good. Going to give it a shot first then I'll check out the video tonight!

This game was literally so fun to play omg!! My vocal cords hurt at this point LMAOOO I love it! Probably my funniest playthrough yet.

Really enjoyed it.  I was a big big fan of Trapped.  Good job one and I look forward to playing your next project! Cheers!

I ALMOST DIED PLAYING THIS GAME!!!👿

I really liked this game, it had the whole scary mood to it and had me on edge the whole time... the ending confused me for a bit but overall great scary game 😊

this had no business being that terrifying

loved the game, the feel was great i loved the atmoshphere and the jumpscares were great. good job <3 i didnt finish the game and i ran out of time and had work although looking back i seen that the elavator was in front of my face the whole time lmao anywho hope to see more games by you!!!

I have to say this game was well done. Loved the feel of it. Loved how it played and I have to say I WANT TO SEE MORE!!!!! I hope to see more horror games from you.

Reply
TheCardsharp2 days ago(+1)
I played this while wearing a heart rate monitor, and it makes the watching and gaming experience much more visceral. Almost everything about this game - graphics, audio, mechanics, environment ambiance (lighting, space, etc.) - are near-perfect.

The objective is simple enough: escape the basement from the maniac that resides in it, and as such, there isn't much to the gameplay itself. What makes the game intense is the great use of lighting and audio, and the way the basement was laid out. I think it's these three factors blended together well that makes the player fear the anticipation of what may happen at any given moment. This makes the entire time being in the basement almost terrifying. Try it out for yourself, it's one of those games where you have to play yourself to experience how immersive it gets. Oh, and don't press the 'L' key!
Reply
SquabbleHeads2 days ago

We had a terrifying experience playing this game!

I haven't been this scared playing a game in a very long time. The camera and flashlight movement REALLY added to the creep factor, making this one of the most immersive horror experiences I've ever had. That, coupled with the absolutely terrifying antagonist makes this a banger of a game. Amazing work!

Very Spooky...digged it... I got a drug dealer horror game coming out on halloween!

100% the scariest game I have played all month Long! Thank you for severe ptsd and night terrors for the foreseeable future🙏🏼🤣 I really hope you enjoy the video!

The audio on this game is intense. Once I figured out what to do I was worried about every turn in the basement and what could be behind the corner.

i just make a account for this one. This was so awesome ! :D JUST WOW i was freeze infront of my PC , it scare the .... out of me with his athmosphere!! When this one get into a full game i will def. buy it. Potential 10/10

Reply
BerryDeaf2 days ago
Very well made developer! The atmos and environment was on point! Maybe add vents or a gap below the floor? To make it feel like he is not teleporting but rather crawling around in the basement and acting all angry theres a person in his home. Looking forward to more games from you!
Reply
Ty2 days ago

The TENSE I can't emphasize that enough.

At some points I had to turn my head especially after that first jump scare.

The tight corridors contrasted with the big creature also helps to hold that scare factor. He takes up the entire hall and a big chunk of room.

I love the atmosphere, and how just uneasy you feel the whole time.

Dude I really Like your game I actually got scared too amazing game, I made a video on my channel. Pls check it out

Reply
Neco The Sergal2 days ago 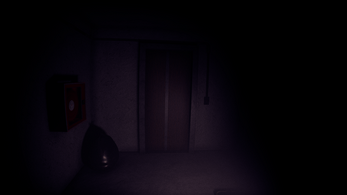 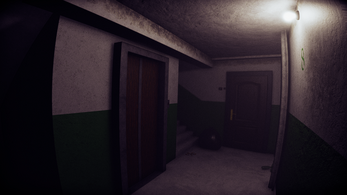 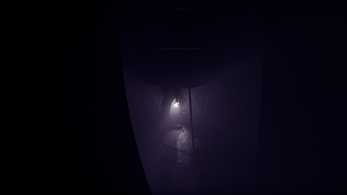 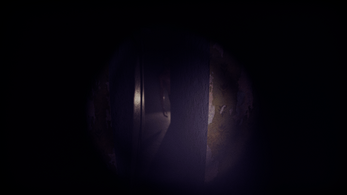 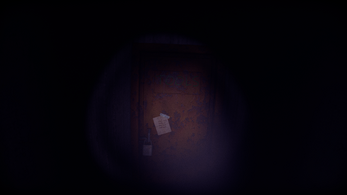